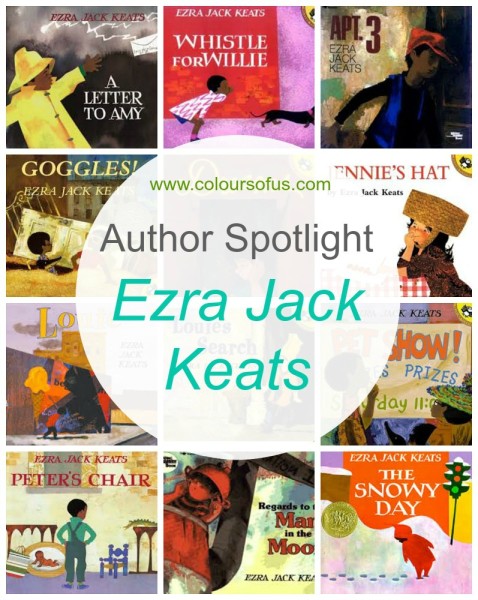 A pioneer of multicultural children’s books

He believed that all children should be able to see themselves in the books they love.In 1962 he broke the colour barrier with the mainstream success of The Snowy Day.

Born in New York into a poor Polish Jewish family, Keats was an artistically gifted child. He had a strong passion for drawing and painting and won several awards during his school years.

Keats’ parents tried to be supportive of their son’s talent but also worried that he would not be able to make a living from it.

In an interview Keats remembered the day he had to identify his father’s body (who, tragically, died a day before his High School graduation):

“I found myself staring deep into his [my father’s] secret feelings. There in his wallet were worn and tattered newspaper clippings of the notices of the awards I had won. My silent admirer and supplier, he had been torn between his dread of my leading a life of hardship and his real pride in my work.”

Despite receiving three scholarships, Ezra worked to support his family and took art classes when he could. After the war he studied painting in Paris and became a commercial artist in New York later, illustrating children’s books amongst others.

In 1960 Keats co-wrote My Dog Is Lost, featuring a Hispanic boy newly arrived in New York from Puerto Rico. Speaking only Spanish, he searches the city for his lost dog and meets children from Chinatown, Little Italy and Harlem. 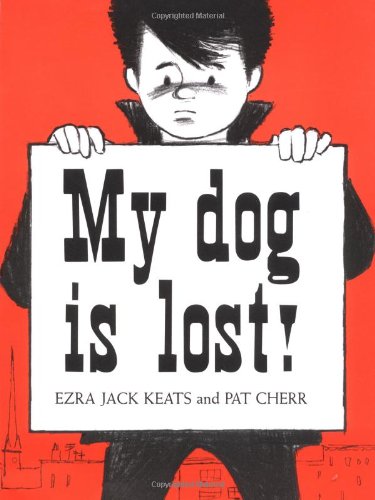 By the time Ezra Jack Keats died of a heart attack in 1983, he had illustrated over 85 books, and written and illustrated 22 children’s classics. Although he never had a family of his own, he loved children, and was loved by them in return.

Keats’ books are timeless classics that continue to appeal to all children with their simple text and fresh collage illustrations.

In 1962 Keats wrote The Snowy Day, a story about a little African American boy named Peter playing in the snow in his urban neighbourhood. The book received the Caldecott Medal for the most distinguished picture book for children in 1963.

The character of Peter was inspired by a magazine clipping of a little black boy from 1940. Keats wrote:

“Then began an experience that turned my life around — working on a book with a black kid as hero. None of the manuscripts I’d been illustrating featured any black kids — except for token blacks in the background. My book would have him there simply because he should have been there all along.”

What also made The Snowy Day unique were the urban setting of the story and Keat’s bold illustration techniques – collage with cutouts of patterned paper fabric and oilcloth, handmade stamps and spatterings of India ink with a toothbrush.

Little Peter appears in a series of seven books during which he grows and matures. Each of these books show his bright, imaginative and fun-loving as well as his quiet and thoughtful side, making him an unforgettable character.

In The Snowy Day Peter spends the day discovering the magic and the beauty of snow in his neighbourhood.

Whistle for Willie follows Peter as he explores his urban neighbourhood whilst trying to learn how to whistle for his dog.

In Peter’s Chair Keats’ little hero tries to save his blue chair from being painted pink for his new baby sister.

In A Letter to Amy Peter writes an invitation letter to the only girl he wants to invite to his birthday party.

In Goggles Peter and his friends find a pair of goggles and are chased by a gang of bullies.

Hi, Cat features Peter and his friend Archie who is being followed by a stray cat after greeting her.

In Pet Show! Peter helps Archie who can’t find his cat as he wants to enter the neighborhood pet show.

My daughter and I just love little Peter and his unique way of dealing with everyday situations!!

Keats beautifully retells the legend of John Henry, a freed slave who works on a railroad project. When a steam hammer threatens to replace the workers, Henry challenges the machine and wins, but sadly dies with his hammer still in his hand. This dramatically illustrated book shows the strength of a man and his determination to never give up.

Jennie anxiously awaits the arrival of a new hat from her favourite aunt. She imagines a fancy and colourful hat but it turns out to be very plain. Jennie is disappointed and unsuccessfully tries different ways of making her own hat. When she almost wants to give up, she receives a wonderful surprise from some very special friends. A charming book that teaches children about creative problem solving and the positive effects of being kind. 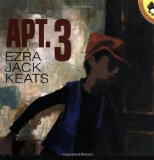 Brothers Sam and Ben live in a rundown apartment building with other families of diverse ethnic backgrounds. One rainy day the sounds of a harmonica intrigue the two brothers and send them off in search of the musician. They find a blind man and begin a friendship, discovering the miracle of music and the beauty of compassion. The muted illustrations add to the mysterious feel of the story.

Late at night, Roberto, a little boy of Hispanic ethnicity, sees a dog terrorizing his friend’s cat. He accidentally knocks a paper mouse he made in school off the window sill. Down it falls, casting a bigger and bigger shadow on the wall, until it scares away the dog. “Sometimes real life is even more surprising than dreams.”

Louie is Keats’ most deeply felt character, a solitary boy with the soul of an artist. He appears in four books that follow his emotional journey from a lonely child who doesn’t speak to a boy who has friends, stands up for himself and trusts his imagination. Louie is a precious tale of a boy who opens his heart to a puppet friend. In The Trip Louie takes a magical imaginary trip back to his old neighbourhood with his toy plane. Louie’s Search for his father has a beautiful (though rather unrealistic) ending. In Regards to the Man in the Moon Louie builds a spaceship fueled entirely by imagination and takes his friends on an amazing adventure.

Too poor to bring a present for Baby Jesus, a little drummer boy plays a song on his drum instead. The boy’s seemingly simple gift reflects the true spirit of Christmas. Beautifully illustrated with word-for-word text of the popular Christmas song.

Alderson’s book features an account of Keats’ life and a memoir by a close friend, but focuses mostly on the artist’s training and development. Includes full-colour reproductions of paintings, drawings, sketches, picture book dummies, collages and photographs.

Ezra Jack Keats: A Bibliography and Catalogue
by Brian Alderson

This bibliography features paintings and illustrations, from Keats’ early days as a comic-book illustrator to the award-winning A Snowy Day, and includes his many other graphic and book-illustration work. A superb stand-alone reference, this book is also an excellent companion to Ezra Jack Keats: Artist and Picture-Book Maker, also by Brian Alderson,

The Snowy Day and the Art of Ezra Jack Keats
by Claudia J. Nahson

Coinciding with The Snowy Day‘s 50th anniversary, this publication features more than 75 illustrations alongside essays about Keats’s Jewish background, his advocacy of civil rights, his inventive art, and his wide-ranging influence.

Ezra Jack Keats: A Biography with Illustrations
by Dean Engel & Florence B. Freedman

Keats’ friends Engel and Freedman have produced this simply and lovingly written biography, suitable for children aged 9 and up. The book is based on conversations with Keats and on his autobiographical writings. It tells the story of the artist’s life, accompanied by his paintings, sketches, and illustrations from some of his children’s books. 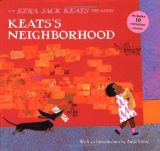 This beautiful collection brings together ten of Keats’ best-loved stories: The Snowy Day, Goggles!, Whistle for Willie, Peter’s Chair, Apt. 3, A letter to Amy, Jennie’s Hat, Hi, Cat!, Louie’s Search and Pet Show!. Also published here for the first time is artwork from the unfinished picture book The Giant Turnip. An introduction outlines Keats’s career and contributions to children’s literature. Throughout the book other writers and illustrators share their thoughts on Keats. An afterword describes his incredible life, from his poor childhood in Brooklyn to children’s book legend.

Seven of Keats’ most loved stories on one DVD, beautifully and calmly read, with soothing music and read-along option: The Snowy Day, Whistle for Willie, Peter’s Chair, Pet Show!, A Letter to Amy, The Trip, Apt.3.