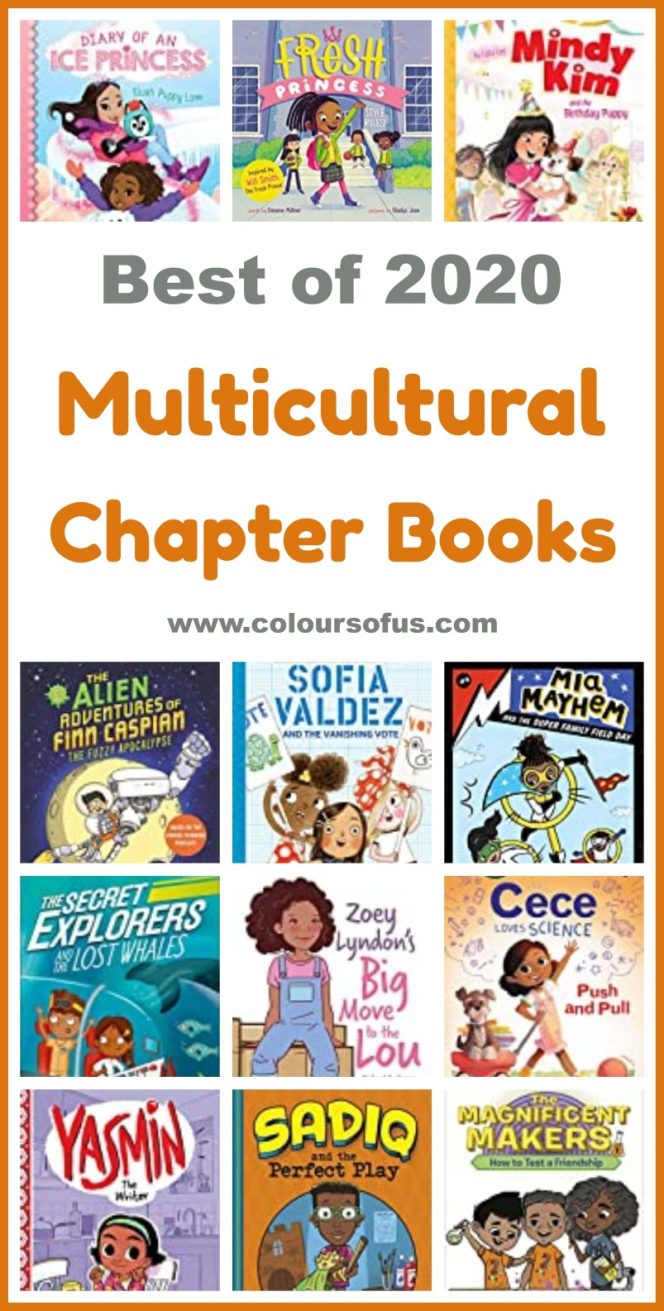 Following our list of The 50 Best Multicultural Picture Books of 2020, here is our selection of this year’s best multicultural chapter books! The books on this list feature a wide range of characters — from African to Hispanic and Asian backgrounds –, and subjects — from friendship to science and adventure –, so there’s something for everyone!

The 30 Best Multicultural Chapter Books of 2020

Sofia Valdez and the Vanishing Vote (The Questioneers)
by Andrea Beaty

Miss Greer asks her class to choose a class pet. The kids narrow it down to two options: Team Turtle and Team Bird. Sofia is named Election Commissioner, in charge of overseeing a fair and honest election. After a class-wide campaign, complete with posters, articles, and speeches, it’s time for the election! But there’s a tie, and one vote is missing. How will the class break the tie? And what happened to the vanishing vote? Just in time for the 2020 election, the bestselling Questioneers chapter book series continues with Sofia Valdez and the Vanishing Vote. ~ Hispanic – Elementary School

The Alien Adventures of Finn Caspian #1: The Fuzzy Apocalypse // #2: The Accidental Volcano
by Jonathan Messinger

Eight-year-old Finn is the first kid born in space and he spends his days looking for a new planet with his three best friends and his robot, Foggy. They are used to wild, galaxy hopping adventures. But when Explorer Troop 301 gets stuck on a planet that’s about to explode, Finn and his friends will have to face giant aliens, a leader with mind control powers, and one evil, fluffy bunny rabbit in order to save the planet . . . and themselves. Based on the award-winning kids’ podcast, The Fuzzy Apocalypse is the first book in this funny, highly illustrated chapter book series. In The Accidental Volcano Explorer Troop 301 face off against angry rock giants. ~ Diverse – Elementary School

Mindy Kim and the Birthday Puppy
by Lyla Lee

All Mindy Kim has ever wanted is a puppy of her very own. She knows she has what it takes to be the perfect pet owner, and she thinks a dog would be a perfect gift for her upcoming birthday. Mindy Kim and the Birthday Puppy is the third book in this adorable chapter book series about a young Asian American girl. ~ Asian – Elementary School

The Story of Martin Luther King Jr.
by Christine Platt

Martin Luther King Jr was one of the most important civil rights leaders in America. Before he made history with his powerful speeches and peaceful protests, Martin was a dedicated, smart kid who loved to learn. He challenged racism and overcame hardships to follow his passion and do the right thing. The Story of Martin Luther King Jr. is an easy-to-read and beautifully illustrated chapter book about the outstanding leader. ~ African – Elementary School

The Magnificent Makers
by Theanne Griffith

Violet and Pablo are best friends who love science! So when they discover a riddle that opens a magic portal in the Science Space at school, they can’t wait to check it out! Along with their new classmate, Deepak, the friends discover a magical makerspace called the Maker Maze. It’s a laboratory full of robots, 3D printers, an antigravity chamber, and more. Doors line the walls of the makerspace, with a new science adventure waiting behind each one. The Magnificent Makers is a fun new series filled with science, adventure, and characters that readers will love! ~ Diverse – Elementary School 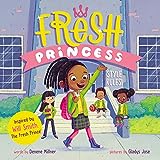 Destiny is a cool, energetic, and strong-willed girl who approaches every day with her own unique style. That is until she moves to a brand-new neighbourhood, where nothing looks quite the same as it did at her old house. But with the support of her family, she is prepared to tackle this new challenge. Inspired by The Fresh Prince created by Will Smith, Fresh Princess: Style Rules! is the second book in a fun series that encourages kids to proudly stand out and be themselves. ~ African – Elementary School

More in the series: Fresh Princess

Bips and Roses: Zoey and Sassafras #8
by Asia Citro

There’s a big problem with the forest roses . . . magical roses that are very important because they are the first food for newborn hippogriffs. Can Zoey, Pip, and Sassafras use their science know-how to fix the magical roses before the hippogriff eggs hatch? Bips and Roses is the latest book in the popular Zoey and Sassafras Series that features a perfect mix of magic, science and whimsical characters. ~ African – Elementary School

It’s family field day in this ninth adventure of the Mia Mayhem Series. Potato sack races, tug of war, and the hula hoop ring toss reach dangerous limits when a group of the most skilled and talented superheroes go head to head. Will Mia and her parents be able to come out on top or will the whole day end up in a major family fiasco? ~ African – Elementary School

Disney Before the Story: Mulan’s Secret Plan
by Tessa Roehl

Before Mulan saved China . . . she was a girl ready to learn! But when school starts, she realizes that it’s not quite what she was expecting. And if she and her friends really want to learn something, they’re going to have to do it their own way. Part of the Disney Before The Story series, Mulan’s Secret Plan brings the childhood of one of Disney’s most iconic characters to life in a tale of courage, cleverness, and standing up for what you believe in. ~ Asian – Elementary School

Yasmin the Writer
by Saadia Faruqi

Ms. Alex has assigned Yasmin’s class to write about their heroes. Yasmin loves to write, but she can’t decide who her hero is. After dismissing lots of ideas, could it be that Yasmin’s hero has been right beside her all along? The Yasmin Series features delightful Pakistani American Yasmin, a creative thinker and curious explorer whom early readers will love! ~ Asian – Elementary School

At Unicorn Academy, every student gets their own unicorn with their own special kind of magic. Some can fly, some turn invisible, and some can even create fire! To discover their powers, unicorns must bond with their student. The Unicorn Academy: Magic of Friendship Boxed Set introduces the magical friendships of Layla and Dancer, Olivia and Snowflake, Rosa and Crystal, and Ariana and Whisper. ~ Diverse – Elementary School

Meet The Secret Explorers! This group of brilliant kids comes together from all four corners of the globe to fix problems, solve mysteries, and gather knowledge all over the planet – and beyond. Whenever their help is needed, a special sign will appear on a door. They step through to the Exploration Station and receive their mission… Packed with fun illustrations and facts, this thrilling adventure series is perfect for emerging readers. ~ Diverse – Elementary School

Sadiq (Books 5 to 7)
by Siman Nuurali

The Sadiq series follows the everyday adventures and challenges of a fun-loving Somali American boy. With relatable storylines focusing on friendship and teamwork plus language and illustrations that reflect Somali American culture, this is a perfect series for early readers. ~ African – Elementary School

Zoey Lyndon’s Big Move to the Lou
by Micheal Anderson

Moving from Philadelphia to Saint Louis is a lot harder than Zoey Lyndon thought. Feeling rejected and alone at school, Zoey begins to dread the cafeteria. After a chance encounter with Tomasina aka Tommi, a very friendly and fellow science loving classmate, things begin to look up for Zoey. Zoey Lyndon’s Big Move To The Lou is an uplifting chapter book about navigating change and friendship. ~ African – Elementary School

Cece’s teacher, Miss Curie, explains the opposite forces of push and pull. To demonstrate this concept, she divides the class into two teams. Each team must make a treat dispenser for Cece’s dog, Einstein, that uses both forces. Cece and her classmates rely on science, creativity, and teamwork—and they learn a lot along the way. Cece Loves Science is a perfect gift for aspiring scientists and emerging readers! ~ Diverse – Elementary School

In Slush Puppy Love, Princess Lina’s BFF Claudia is desperate for a dog. So Lina decides to use her Winterheart magic to turn a puppy snow sculpture into the perfect pet. But the magical snow dog has a mind of its own — and it’s running loose at school!  In Icing On The Snowflake, Princess Lina gets to be a flower girl at her cousin’s wedding. But the excitement soon turns into stress when Lina learns that each guest must give a magical present to the newlyweds. What will Lina’s gift be? ~ Asian – Elementary School

The complete series: Diary Of An Ice Princess 1 – 6

In My BFF, Chloe’s been leaving Sophie out, and she doesn’t know why. Sophie does everything she can to make her best friend happy, but it’s not working. Then Chloe asks Sophie to fib to a teacher to help her out and she learns the true meaning of friendship. In Class Retreat, Sophie Washington and her classmates go to Camp Glowing Spring for a class retreat where they are having fun exploring nature and making new friends. One day the kids see a giant footprint in the woods and the adventure really begins! ~ African – Elementary School 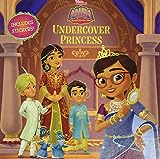 Meet the star of Disney Junior’s newest show, Mira the Royal Detective! With simple text and fun illustrations emerging readers are introduced to Mira’s friends, both animal and human, her family, and the tools she uses to solve mysteries. Each book includes two sheets of stickers. ~ Asian – Elementary School