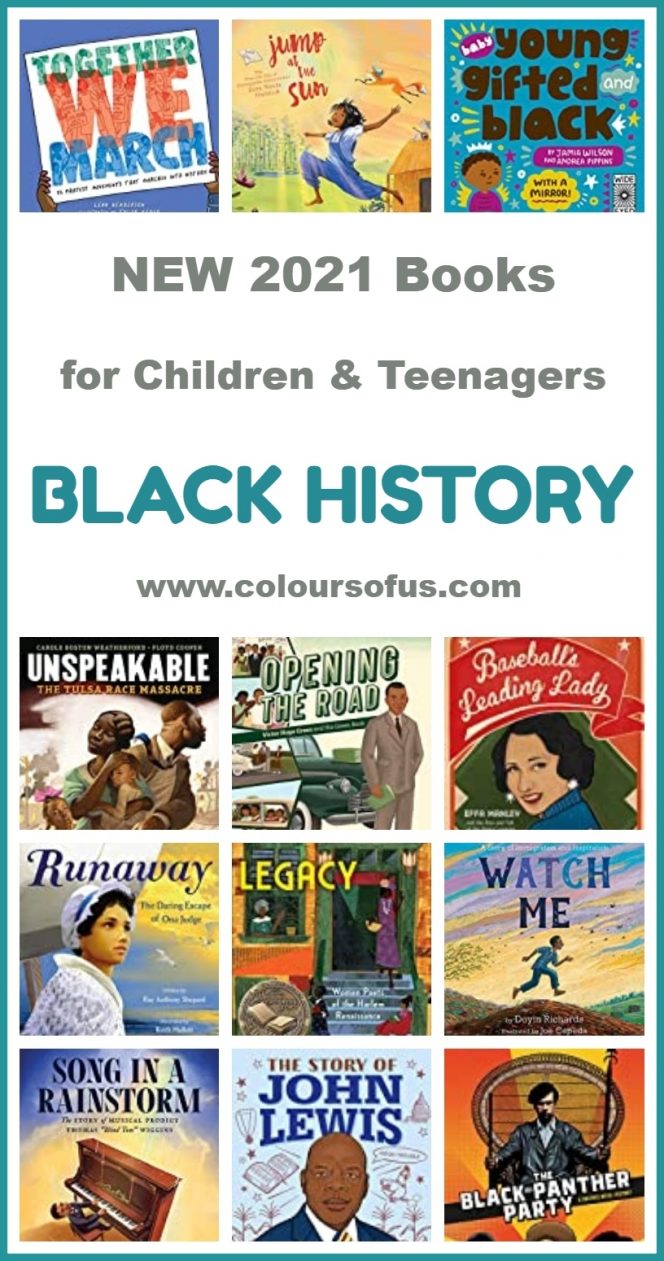 Adding to our extensive collection of Black History Books, we have searched the internet up and down for the best new releases for Black History Month 2021. There are some real gems for all ages on this list!

Baby Young, Gifted, and Black: With a Mirror!
by Jamia Wilson 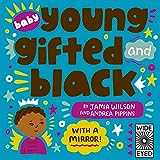 “There are so many things I am and can be… There’s a whole world waiting for me.” In the spirit of Nina Simone’s famous song, Young Gifted Black introduces Black icons from past and present — from leaders such as Martin Luther King Jr. and Rosa Parks, to cultural trailblazers like Zadie Smith and athletes like Serena Williams. The lyrical text and colourful illustrations are sure to keep babies and toddlers engaged. Includes mirror. ~ African – Babies & Toddlers

C Is for Country
by Lil Nas X

“A is for adventure. Every day is a brand-new start!  / B is for boots—whether they’re big or small, short or tall.  / And C is for country.” C Is For Country follows superstar Lil Nas X—whose song Old Town Road is the longest-running #1 song in history—and Panini the pony on a joyous journey through the alphabet. Experience wide-open pastures, farm animals, guitar music, cowboy hats, and all things country in this debut picture book perfect for little music lovers. ~ African – Preschool

Zora’s mama always told her that if she wanted something, “to jump at de sun”, because even though you might not land quite that high, at least you’d get off the ground. So Zora jumped from place to place, from the porch of the general store where she listened to folktales, to Howard University, to Harlem. And everywhere she jumped, she shined sunlight on the tales most people hadn’t been bothered to listen to until Zora wrote them down. Jump At The Sun is an inspiring picture book about extraordinary writer Zora Neale Hurston who changed the face of American literature. ~ African – Preschool

Watch Me: A Story of Immigration and Inspiration
by Doyin Richards 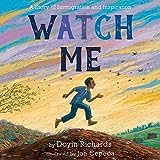 Joe came to America from Africa when he was young. He worked hard in school, made friends, and embraced his new home. Like so many immigrants before and after him, Joe succeeded when many thought he would fail. With expressive illustrations and based on author’s father’s story, Watch Me is a moving story immigration and diversity. ~ African – Preschool

Ona Judge was enslaved by the Washingtons, and served the President’s wife. She was widely known for her excellent skills as a seamstress, and was raised alongside Washington’s grandchildren. With rich paintings, Runaway is a powerful, lyrical picture book that follows Ona through her childhood and adolescence to her daring escape. ~ African – Preschool

We Wait for the Sun
by Dovey Johnson Roundtree & Katie McCabe

With warm, vibrant illustrations, We Wait For The Sun tells the uplifting story of Dovey Johnson Roundtree’s childhood and the joy that pulsed through her life, even under the shadow of Jim Crow. With Grandma Rachel’s lessons as her guiding light, Dovey Mae went on to become a trailblazer of the civil rights movement―fighting for justice and equality in the military, the courtroom, and the church. ~ African – Elementary School

Opening the Road: Victor Hugo Green and His Green Book
by Keila Dawson

Born enslaved, Harriet Tubman rose up to become one of the most successful, determined and well-known conductors of the Underground Railroad. Harriet looked to the North Star for guidance–and its light helped guide her way out of slavery. Her courage made it possible for her to help others reach freedom too. She Persisted: Harriet Tubman is an inspiring chapter book biography about one of the most iconic women of American history. ~ African – Elementary School

Before Rosa Parks famously refused to give up her seat on a bus in Montgomery, Alabama, fifteen-year-old Claudette Colvin made the same choice. She insisted on standing up–or in her case, sitting down–for what was right, and in doing so, fought for equality, fairness, and justice. She Persisted: Claudette Colvin is an inspiring chapter book biography about a lesser known female trailblazer of the civil rights movement. ~ African – Elementary School

Together We March: 25 Protest Movements That Marched into History
by Leah Handerson

For generations, marches have been an invaluable tool for bringing about social change. People have used their voices, the words on their signs, and the strength in their numbers to combat inequality, oppression, and discrimination. Gorgeously illustrated Together We March is a collection of 25 historical marches, including the 1917 Silent Protest Parade, the 1963 Children’s Crusade and the Black Lives Matter protests. ~ Diverse – Elementary School

Song in a Rainstorm: The Story of Musical Prodigy Thomas “Blind Tom” Wiggins
by Glenda Armand

Born blind into a life of slavery, Thomas Wiggins was dismissed as a “useless burden.” But with the support of his family, he went on to become one of the greatest musicians of his time. From Tom’s childhood on a plantation to his performances in the concert halls of Europe, Song In A Rainstorm shines a light on the beautiful and at times heartbreaking story of a long-overlooked musical great. ~ African – Elementary School

Growing up in the Jim Crow era, Thurgood Marshall could see that things weren’t fair. At a young age, he became determined to make sure all Americans were treated equally. This led him to law school and then the NAACP, where he argued cases like Brown v. Board of Education in front of the Supreme Court. The Highest Tribute is a brilliant picture book biography about the first Black justice on the Supreme Court. ~ African – Elementary School

The Story of John Lewis: A Biography Book for Young Readers
by Tonya Leslie

John Lewis was a civil rights leader and United States congressman who never stopped speaking up for justice, equality, and peace. As a child, John  loved learning but wasn’t able to go to a good school because of segregation. He wanted to make a difference in his community, so he organized peaceful protests to end segregation and fight for equal rights for Black Americans. The Story Of John Lewis explores how this extraordinary leader went from being a young farm boy to a famous activist and politician. ~ African – Elementary School

That They Lived: African Americans Who Changed the World
by Rochelle Riley & Cristi Smith-Jones 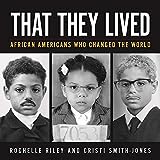 In 2017, Rochelle Riley came across a series of black-and-white photos of four-year-old Lola dressed up as different Black icons who had made history. Rochelle reached out to Lola’s mom, Cristi Smith-Jones, and asked to pair her writing with the photographs for a book. That They Lived teaches children on the cusp of puberty that they can be anything they aspire to be, and that many famous persons overcame great obstacles to achieve their goals. ~ African – Middle School

Have I Ever Told You Black Lives Matter
by Shani King

Black lives matter. That message would be self-evident in a just world, but in this world and this America, all children need to hear it again and again, and not just to hear it but to feel and know it. Have I Ever Told You Black Lives Matter tenderly affirms this message by celebrating Black accomplishments in music, art, literature, journalism, politics, law, science, medicine, entertainment, and sports. ~ African – Middle School

Unspeakable provides a powerful look at the Tulsa Race Massacre, one of the worst incidents of racial violence in America’s history. The book traces the history of African Americans in Tulsa’s Greenwood district and chronicles the devastation that occurred in 1921 when a white mob attacked the Black community. News of what happened was largely suppressed, and no official investigation occurred for seventy-five years. This picture book sensitively introduces young readers to this tragedy and concludes with a call for a better future. ~ African – Middle School

Baseball’s Leading Lady: Effa Manley and the Rise and Fall of the Negro Leagues
by Andrea Williams

Before Jackie Robinson broke Major League Baseball’s color barrier in 1947, Black athletes played in the Negro Leagues–on teams coached by Black managers, cheered on by Black fans, and often run by Black owners. Baseball’s Leading Lady tells the riveting true story of Effa Manley, co-owner and business manager of the Newark Eagles, and the first and only woman inducted into the National Baseball Hall of Fame. ~ African – Middle School

Lewis Latimer was one of the greatest inventors of his time. He was also an engineer who transformed the lightbulb at Thomas Edison’s company. And he was a gifted artist, too! Part of The VIP series, Lewis Latimer: Engineering Wizard tells the story of Lewis Latimer’s thrilling life in an engaging way. Includes timeline, bibliography, and a hall of fame of other successful African American inventors. ~ African – Middle School

Legacy: Women Poets of the Harlem Renaissance
by Nikki Grimes

Founded in California in 1966, the Black Panther Party for Self-Defense was a radical political organization that stood in defiant contrast to the mainstream civil rights movement. The Black Panther Party explores the significance of the Panthers, from their social, educational, and healthcare programs to uplift the Black community to their battle against police brutality through citizen patrols and frequent clashes with the FBI. With dramatic retellings and illustrated profiles of key figures, this graphic novel captures the major events, people, and actions of the party. ~ African – High School

The Beautiful Struggle (Adapted for Young Adults)
by Ta-Nehisi Coates

As a child, Ta-Nehisi Coates was seen by his father, Paul, as too sensitive and lacking focus. Paul Coates was a Vietnam vet who’d been part of the Black Panthers and was dedicated to reading and publishing the history of African civilization. When it came to his sons, he was committed to raising proud Black men equipped to deal with a racist society, during a turbulent period in the collapsing city of Baltimore where they lived. Adapted from his adult memoir, The Beautiful Struggle details the author’s challenges of dealing with his tough-love father, the influence of his mother, and the dynamics of his extended family. ~ African – High School

The Awakening of Malcolm X: A Novel
by Ilyasah Shabazz & Tiffany D. Jackson

In Charlestown Prison, Malcolm Little is plagued by nightmares and drifts through the days, unsure of his future. Slowly, he starts to befriend other prisoners, reads all the books in the prison library, and joins the debate team and the Nation of Islam. Malcolm grapples with race, politics, religion, and justice in the 1940s. And as his time in jail comes to an end, he begins to awaken. Written by his daughter, The Awakening of Malcolm X is an intimate and powerful account of the activist’s adolescent years in jail. ~ African – High School