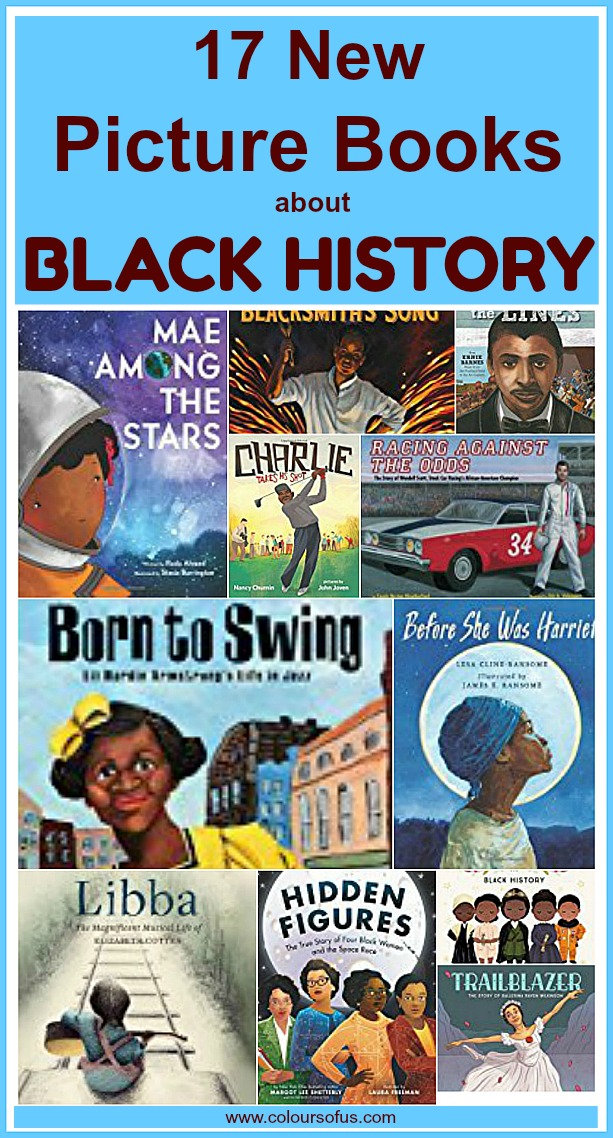 It’s Black History Month! I always love searching for new releases of picture books about Black history that can be read at home or used in the classroom. And this year I found quite a few new treasures, some of them about amazing people I had never heard of before, like Raven Wilkinson and Wendell O. Scott.

Please also check out my fellow multicultural bloggers’ Black History Month posts at the bottom of this page!

Before She was Harriet
by Lesa Cline-Ransome

Many picture books about Harriet Tubman have been written but as far as I know, none has focused on the many names she was known by. As General Tubman, she was a Union spy. As Moses, she led hundreds to freedom on the Underground Railroad. As Minty, she was a slave whose spirit could not be broken. Written in verse and illustrated with expressive watercolour paintings, Before She Was Harriet is a beautiful tribute to one of the most humble, courageous and compassionate figures in Black History.  ~ African – Preschool, Elementary School

Be a King: Dr. Martin Luther King Jr.’s Dream and You
by Carole Boston Weatherford

“You can be a King. Beat the drum for justice. March to your own conscience.” Through a school project, a class of young students learn to follow Dr Martin Luther King’s example, as he dealt with adversity and never lost hope for equality and justice. With inspiring text and beautiful watercolour illustrations by the same artist who illustrated Before She Was Harriet, Be A King is a perfect book for classroom use.  ~ African – Preschool, Elementary School

Math geniuses Dorothy Vaughan, Mary Jackson, Katherine Johnson, and Christine Darden played an essential role in some of NASA’s greatest successes. Overcoming gender and racial barriers, the four black women provided the calculations for America’s first journeys into space. Hidden Figures is the first picture book adaption of this true story that will inspire children to believe in themselves and follow their dreams.  ~ African – Preschool, Elementary School

Mae Among the Stars
by Roda Ahmed

“When Little Mae was a child, she dreamed of dancing in space. She imagined herself surrounded by billions of stars, floating, gliding, and discovering.” Based on the life of Mae Jemison, the first African American woman to travel in space, Mae Among The Stars tells the story of how Mae’s curiosity, intelligence, and determination, matched with her parents’ encouraging words, paved the way for her incredible success at NASA. ~ African – Preschool, Elementary School

“I couldn’t play on the same playground as the white kids. / I couldn’t go to their schools. / I couldn’t drink from their water fountains. / There were so many things I couldn’t do.” In 1963 in Birmingham, Alabama, inspired by Dr Martin Luther King Jr, thousands of African American children marched for their civil rights in the place of their parents who feared losing their jobs. Facing fear, hate, and danger, these brave children used their voices to change the world. With expressive illustrations, Let The Children March is a moving account of this historical event. ~ African – Elementary School

The son of an enslaved blacksmith learns that his father is using the rhythm of his hammering to communicate with travellers on the Underground Railroad. He is not allowed to help but then one day Pa falls ill and the boy has to take over. With expressive illustrations and a suspenseful story, Blacksmith’s Song is a great book to teach children about the Underground Railroad. ~ African – Elementary School

Martin Rising: Requiem For a King
by Andrea Davis Pinkney

This poetic and beautiful book looks at Dr Martin Luther King Jr.’s life from an unusual angle. Through metaphor, spirituality, and multilayers of meaning, Martin Rising provides a deeply emotional account of the final months and assassination of one of the most iconic figures in American History. Perfect for classroom use! ~ African – Elementary School, Middle School

Nina is a stunning picture book about jazz legend and civil rights activist Nina Simone, one of the greatest voices of the 20th century. In the form of a lullaby to her daughter, the book introduces young readers to  Simone’s early life, her career and her activism, and the struggles she faced as a Black woman. The poignant story is perfectly complemented by the vivid black-and-white illustrations. ~ African – Preschool, Elementary School

Trailblazer: The Story of Ballerina Raven Wilkinson
by Leda Schubert

Trailblazer is the little-known story of Raven Wilkinson, the first African American woman to dance for a major classical ballet company. With engaging text and cartoon-style illustrations, this inspiring picture book tells of Wilkinson’s determination and struggles as she pursues her childhood dream of becoming a ballerina. Includes a foreword by Misty Copeland, a personal note from Wilkinson, a glossary of ballet terms, and a bibliography. ~ African – Elementary School

“Like a train plays rhythms on the track, / Libba made the notes go up and down.” As a young girl, Elizabeth Cotten taught herself how to play her brother’s guitar even though it wasn’t strung right for her (she was left-handed). By age eleven, she had written “Freight Train,” a folk song that became a huge international success. Wity lyrical text and evocative drawings, Libba tells the story of one of the most celebrated American folk musicians of all time. ~ African – Elementary School

Racing against the Odds
by Carole Boston Weatherford

Another beautiful new release by Carole Boston Weatherford! Wendell O. Scott made history as the only black driver to win a race in a NASCAR Grand National (now Spring Cup) division. He never had the resources or sponsorship to buy a brand-new racecar, and so he competed in five hundred races in NASCAR’s top division using secondhand Fords that he fixed up himself in his garage. With beautiful illustrations and rhythmic text, Racing Against The Odds celebrates the amazing achievements of a man who never gave up on his dream. ~ African – Elementary School

Between the Lines: How Ernie Barnes Went from the Football Field to the Art Gallery
by Sandra Neil Wallace

“An artist paints his own reality.” Strikingly illustrated, Between The Lines tells the remarkable story of NFL star Ernie Barnes who became one of the most influential artists of his generation. Growing up in North Carolina in the 1940s, Ernie loved to paint and dreamed of becoming an artist. But he knew he wouldn’t be able to make a living as an artist in the segregated South. Athletic and tall, he got a college scholarship and became a football star instead. But in his heart, Ernie still longed to paint and never gave up on his dream.  ~ African – Elementary School

From a young age, Lil Hardin loved jamming: At home, at church, and even at her first job in a music store. Unusual for a woman back then, Lil earned a spot playing piano in Chicago’s hottest band and achieved fame as a bandleader and composer. She played with some of the greatest jazz legends, including her husband Louis Armstrong. Born to Swing captures Lil Hardin’s rhythm and passion beautifully. Includes archival images, further information about Lil, a list of some of her songs and recordings, a timeline, an author’s note, and a bibliography.  ~ African – Elementary School

Charlie Takes His Shot: How Charlie Sifford Broke the Color Barrier in Golf
by Nancy Churnin

Charlie Takes His Shot is another new release about an African American who succeeded against the odds. In the 1930’s when only white people were allowed to play in the Professional Golf Association, Charlie Sifford was determined to break this race barrier. When he eventually did in 1960, he faced discrimination from hotels that wouldn’t rent him rooms and clubs that wouldn’t let him use the same locker as the white players. But Sifford persevered and went on to become the first black golfer to win a PGA tournament. ~ African – Elementary School

Champion: The Story of Muhammad Ali
by Jim Haskins

“I am the greatest! I am the king!” Loud and aggressive, confident and committed, Muhammad Ali was one the most inspiring as well as controversial athletes of his time. Featuring stunning illustrations and covering his entire life from childhood through his professional career to his end of life battle with Parkinson’s Syndrome, Champion is a moving tribute to the boxing legend. ~ African – Elementary School

A Child’s Introduction to African American History
by Jabari Asim 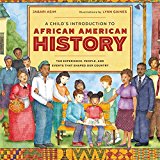 A Child’s Introduction to African American History takes a fascinating and comprehensive look at African American History. It follows the road to freedom from the slave trade to the Civil Rights era and introduces many of the trailblazers in politics, activism, sports, entertainment, music, and much more. Engaging illustrations bring these figures and events to life. Includes a removable historical timeline. ~ African – Elementary School, Middle School

Welcome to our fifth annual Black History Month series! Follow along all month long as we explore the rich history and cultures of Africa and African-Americans.

Multicultural Book of the Month: Voice of Freedom

Multicultural Book of the Month: The Case of Loving